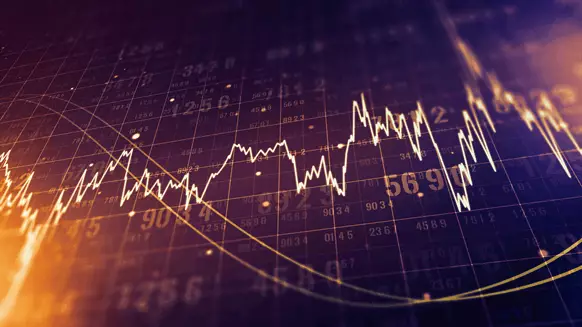 (Bloomberg) -- Saudi Aramco followed its Big Oil competitors with bumper earnings, boosted by a recovery in oil and chemical prices.

The world’s biggest energy company made net income of 95.5 billion riyals ($25.5 billion) in the second quarter, the highest level since the end of 2018. Free cash flow rose to $22.6 billion, above the state-controlled firm’s quarterly dividend of $18.8 billion for the first time since the start of the coronavirus pandemic.

The reopening of major economies has triggered a surge in commodity prices, with crude up around 35% this year. In the past two weeks, oil companies such as BP Plc, Chevron Corp. and Royal Dutch Shell Plc have said they will increase share buybacks and payouts, confident the worst of the pandemic is over.

Aramco’s annual dividend of $75 billion, the world’s largest, is a crucial source of funding for Saudi Arabia. The government, which owns 98% of the company, is trying to narrow a budget deficit that ballooned last year as energy prices tanked with the spread of the virus.

As part of his welcome speech, the Executive Secretary signed agreements for NCDMB’s partnerships in the establishment of two gas plants and a base oil facility.

Still, the pandemic is “clearly far from over,” Nasser said later on a call with reporters. Oil just had its worst week since October as the spread of the delta variant, especially in China, clouds the short-term outlook. Brent crude fell 7% to $70.70 a barrel.

Global oil demand remains below pre-Covid levels, but should reach a near-record high of 100 million barrels a day next year, Nasser said.

Aramco’s gearing, a measure of net debt to equity, fell to 19.4% from 23% at the end of 2020, though it remains above management’s preferred cap of 15%. It declined thanks to higher cash flow and the Dhahran-based firm using some proceeds from the sale of a stake in its oil pipelines to pay down debt. In June, Aramco completed the $12.4 billion deal with a consortium led by U.S. group EIG Global Energy Partners LLC.

Capital expenditure was $15.7 billion in the first half of the year and Aramco expects it to be around $35 billion for all of 2021, in line with earlier guidance.

Part of that money will go toward boosting daily crude-production capacity to 13 million barrels from 12 million.

“With less investment that we see from other producers globally, this creates an opportunity,” Nasser said.

At current capex levels and oil prices, most analysts expect Aramco will be able to cover its dividend commitment with free cash flow. Those at Bank of America even suggested the payout needs to be raised for Aramco to stay competitive now Western oil firms are hiking shareholder returns. “We’ll advise later this year whether we’ll be sticking to the ordinary dividend or doing otherwise,” Ziad al-Murshed, Aramco’s chief financial officer, said on the same call.

Aramco is continuing to do due diligence on a proposed investment in Reliance Industries Ltd.’s oil-to-chemicals refining business, it said. In 2019, Aramco discussed buying a 20% stake for roughly $15 billion, but the deal was delayed by the pandemic. It should be finalized this year, India’s Reliance said in June.

The Saudi firm’s upstream business, mainly consisting of oil and gas production, saw earnings before interest and tax rise to $45.3 billion between April and June, it said in a more detailed financial statement released on Monday. That was an increase of 208% from the previous year and 13% from the first quarter.

Crude-oil production, which has been held back since last year by Saudi Arabia’s OPEC commitments, averaged 8.6 million barrels a day.

The Organization of Petroleum Exporting Countries and its allies -- a 23-nation grouping known as OPEC+ -- began unprecedented supply restrictions to bolster prices following the onset of the pandemic. Saudi Arabia, the cartel’s de facto leader along with Russia, implemented extra curbs on top of what OPEC required, though those are meant to end this quarter.

Aramco’s downstream unit made a $4.6 billion profit before interest and tax in the second quarter, up from loss in same period of 2020. It was helped by high margins on refined products and contributions from Saudi Basic Industries Corp., a chemicals firm that Aramco took control of last year for $69 billion. Sabic, of which Aramco owns 70%, reported its best results in almost a decade last week as demand for plastics, paint and packaging booms.

Aramco will hold an investor call on Monday. Its stock price rose 0.3% to 35.15 riyals in Riyadh on Sunday.